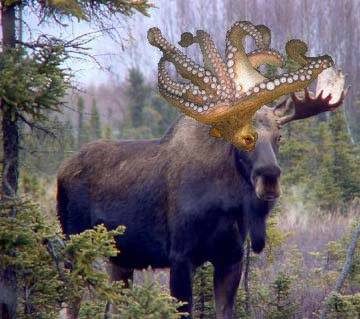 Canary in the Mineral Area 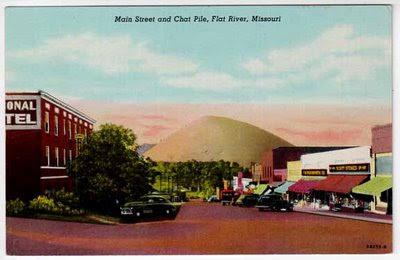 The history of St. Louis is built on mounds. Thousands of burial mounds which have not survived modern earth movers littered the area, once giving St. Louis the nickname " Mound City". Many of these mounds are thought to have been built right around 1000 years ago by a network of native americans known as the the Hopewell Culture. Most notable of these are the Cahokia Mounds just east of St. Louis.
The largest Cahokia mound "Monk's Mound" stands 90 meters tall and and is the largest man made earthen mound found anywhere in North America. But, you already know this.
What you might not know about are a network of mounds about 70 miles south of St. Louis. These mounds, it has been fairly well documented, were built starting in the 1860s in southern Missouri towns such as Bonne Terre, Park Hills(Formerly Flat River), and Leadwood. These towns which are perhaps better known as the "Mineral Area" or the "Lead Belt" were once the site of the largest lead mining outfit in history. Lead ore(Galena) was mined from as much as 200 feet down in some places. Leaving vast underground caves, some of which are now tourist destinations, others far too volatile.
Only a small percentage of Gelena is profitible as lead or other metals such zinc or copper. The rest is a refuse known as "chat". Piles of of this white sandy gravel grew as the mines prospered in some places such as Flat Rivers "National Chat Dump" towering over the small town and covering as much as 20 acres. 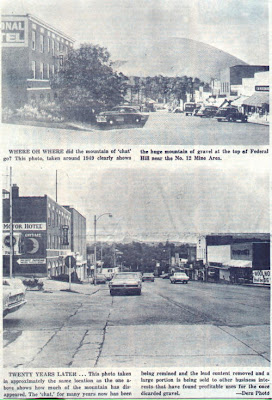 As the article shows, these piles began a process of re-mining in the 1950s and by the seventies were but a tribute to their former glory. And, by the time that I began seeing them in the 80s and 90s were even smaller. Yet even at this dramaticly smaller size to me and to my friends and family they were still these major landmarks known as the "chat piles".
Once, early in my teens, myself and several of my friends climbed one of these awkward dunes without a desert, making the heroic climb to the top and then inevidible running then falling down the opposite side. By this time they had become a playground for at ATVs. There were rumors that at the top one might happen upon a hidden sink-hole and be sucked down into the sand never to be found again. 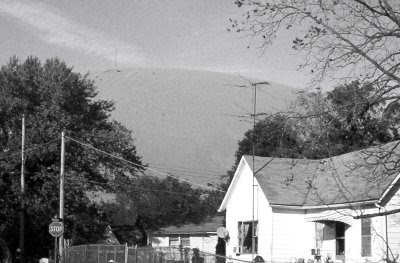 The mounds, though picked over for lead and other metals still pollute area rivers and streams, air, and ground to some extent. One study found that 11 percent of children in the area were beyond the level that constitutes lead poisoning which is said to lead to...

Now it begins to make some sense.

While I can't help feeling a little romantic about these mining relics, I also feel a bit betrayed. A brief look back puts me living at one point or another in Desloge, Park Hills, Doe Run, and Old Mines, all lead mining sites Old Mines named for being the eldest in Missouri, mined in the 1720s. And once in Pevely which borders the town Herculaneum, the infamous site of the state's smelting facilities, evacuated several years back as lead levels became dangerously high.

As a child no one ever told us this. I really had no idea the mounds had anything to do with mining. I thought it had something to do with the adjacent glass factory, which as it turns out was built to make use of it.

So next time you ask me a question and I sing the answer back to you to the tune of the Gilligan theme, or I say something a little too loud and then repeat it back to myself as I walk away, I'm not trying to be a dick. I've just got enough lead coursing through my veins to make me legally retarded. 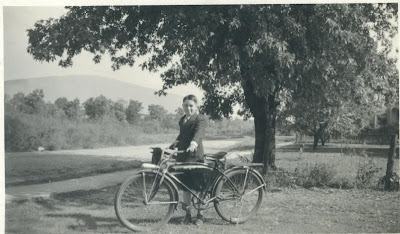 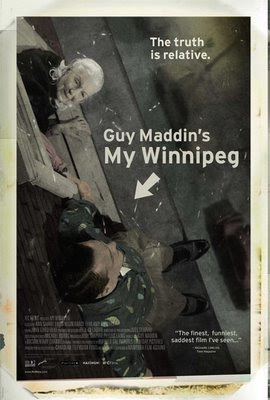 After having seen Tales from Gimli Hospital I was intrigued but thoroughly confused. Having chanced upon Cowards bend the Knee I decided to watch it. My confusion fell away as I was taken in completely by its beauty. Like David Lynch , Guy Maddin has the surrealistic ability to finesse as much depth and neuroses into a black and white silent film as you'll find anywhere in films which have the advantage of color and dialogue. Having realized that the Saddest Music in the World was his work, a film who's look and title attracted me but had somehow fallen through the cracks, I made for it as soon as possible, eager to see how he'd be able to improve his craft with a bigger budget.
I turned the film off nearly 15 minutes in. Maddin had in his revivalist spirit suffered the same folley as the greats of the silent era by allowing dialogue into the film. Chaplin and Keaton were marvelous so long as they allowed their bodies to do the talking and the music to carry the tone. When they started talking something was undeniably lost, especially with Keaton who's weird little voice directly antithesized his stubbornly heroic characters.
But, obviously I didn't give up on Maddin and I hoped My Winnipeg would be a return to form. Maddin calls the film a "docufantasia". Its an autobiography where Maddin and his family share the spotlight with the films other most important character the city itself, a city characterized by its nostalgia, it's frosty clime, and most of all by its sleepiness.

Maddins voice over met with my immediate disapproval, but over time I settled into it and began to trust him as a tour guide through this place I had little knowledge of, trying to forgive some of the more purple prose, in order or open myself up to his dream-like wave-lengh. It was easy to identify with the protagonist a man fed up with "home" and eager to set his heels to a less frustrating landscape.
So what's keeping him here?
He begins to describe with the same importance both the historic idiosyncracies of Winnipeg as well has his own living biography, which he tells as a sort of self-referential docu-experiment that blends perfectly with the rest of the film, which includes a workers revolution, the demise of professional hockey in Winnipeg, and probably the most shocking a stable fire which ends with the heads of several anguished horses coming frozen up out of a lake like tortured stumps, a spectacle which attracts the city's romantics and is apparently responsible for a baby-boom. 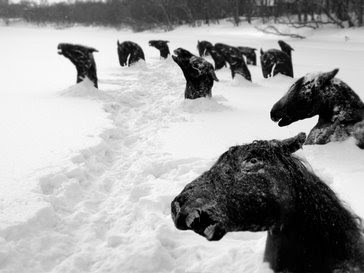 Maddin himself is most romantic though. Winnipeg seem to flow through his veins on the same scale and Fellini's Rome or Scorcese's New York. He knows the city intimately. One get the sense that like a disproportionate amount of it's citizens he could sleepwalk through it, and with My Winnipeg he takes us along with him on that dream walk.
Posted by mike at 11:34 PM No comments: 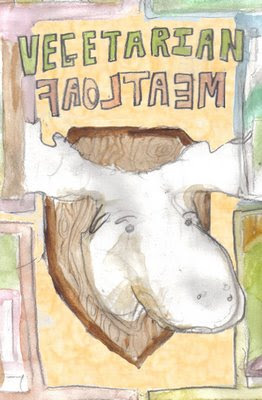 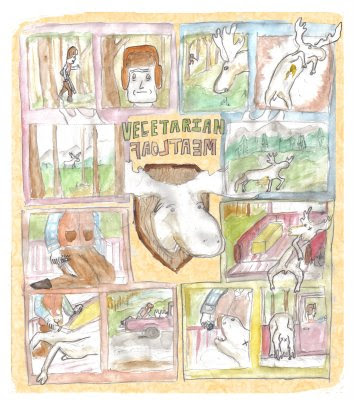 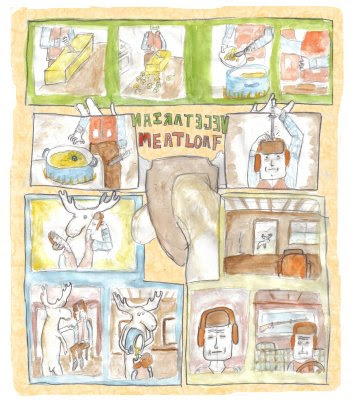 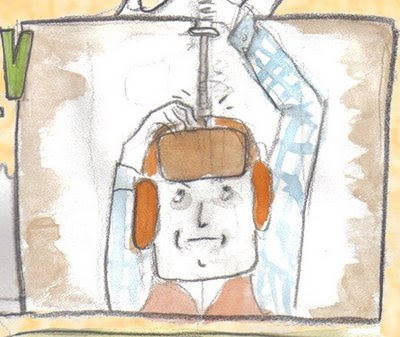 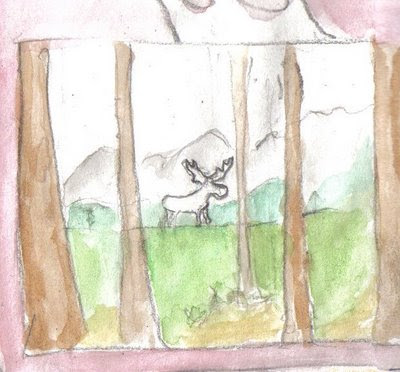