Some Ideas for Sitcoms 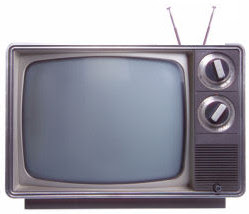 Here's a few ideas I've had for TV sitcoms.

1. A brilliant but lonely genius with several degrees in robotics is disappointed by his intellectually inferior friends. He decides to use his knowledge of robotics to create a humanoid robot that will share his passion for the high and lofty. But, a freak accident creates EARL( Electronic Artificial Robot Lifeform) a hillbilly robot whose favorite pastimes include dog breeding and racism. This unlikely pair learn to live together, and our brilliant but lonely genius learns a thing or two about friendship.

2. Two best friends, fat Sam and skinny Bruce meet an early demise. When their monthly fishing trip goes awry Bruce and Sam's bones are picked clean by a school of hungry piranha. Strangely the two survive and come to live in a culturally diverse inner-city group home. Sam and bruce couldn't be any more different but their bone structures are identical. Hilarity ensues as the members of the group home mistake them for one another.

3. Homicide detective Sean Simon's career is threatened when he is struck in the eye by a suspect's bullet. A chance encounter on a new assignment teaches sean that his injury has given him special psychic powers. Lifting his eye patch to expose his grizzly mangled eye hole, Sean witnesses the murder as if it were happening before his eye. Sean must now use his special ability to try and catch the cities killers before they can kill again. Sean can see with one bad eye what the rest of the force will never see with two.

4. Two twin brothers separated at birth unwittingly become friends when they move down the street from one another.

"Mama left them both to die when they were kids
Now they're all grown up, look what they did!
They started out in different cities, Somehow they both ended up in Cincinnati.
Now they're living on the very same street.
Who would really think that they would ever meet?
Brothers who see eachother every day
Now, lets hope they don't decide to be gay..........together
They're two of a kind,
they're there for eachother
they have the same mom,
but they don't know that they're brothers
Brothers Amigos they don't know that they're brothers